Solana Pag d.d. is the largest producer of sea salt in Croatia. Its production is based on a thousand-year tradition of salt production on the island of Pag. The first written records date to the 9th century. Until 1908, there were 133 salt pans. They then were purchased by the Austro-Hungarian state, which launched a new, consolidated salt production concern in 1911. Modernization of the salt plant was carried out in 1980, when a production facility was constructed, thereby increasing production capacity and reducing the impact of climatic conditions on the production process, while ensuring an exceptionally high quality product.

At the beginning of the 1990s, Solana Pag began to expand its product line and so today, besides fine and coarse sea salt and industrial salt, it also produces fleur de sel, dishwasher salt, bath salts, nutrient-enriched salt and herbal salt..

The production technology in Solana Pag takes maximum advantage of its location – a pristine environment, a high number of sunny days, impermeable ground, favourable winds – so the purity of Pag’s salt makes it among the highest-quality salt in Europe and the world. As proof of its quality and specificity, Solana Pag has received a national designation of origin from the Agriculture Ministry, while in April 2019 this was confirmed at the level of the European Union, so that Pag salt bears a protected designation of origin.

The salt produced in Salona Pag is rich in minerals, of which most are necessary to human health, and modern installations are used to iodize it, making it an essential component of any healthy diet. Most of Solana Pag’s products are sold on the Croatian market, but its products are also present on the markets of neighbouring countries.

On 12 April 2005, the management of Solana Pag d.d. made the decision to introduce the HACCP system to its salt production activities so as to justify customer confidence by creating a high-quality product as a result of updated production and staff training, while seeing to the needs of both employees and the local community and minimizing its environmental impact as much as possible. Based on this decision, policies and objectives were adopted, as well as plans to achieve them.

Since 2008, Solana Pag’s products have complied with Kosher standards, as confirmed by a Kosher certificate. The conferred designation of Croatian island product allows for the identification and distribution of quality island products that are recognized as such in Croatia and abroad. On 6 June 2011, Solana Pag’s management issued a new policy entitled: “Quality Assurance, Environmental Protection and Product Safety Policy,” on which basis it implements the requirements of the ISO 14001:2004 international standards. Implementation was soon followed by certification of the environmental management system in compliance with ISO 14001:2004 requirements.

During 2018, Solana Pag carried out the transition of the environmental management system in accordance with the requirements of the ISO 14001: 2015 standard. 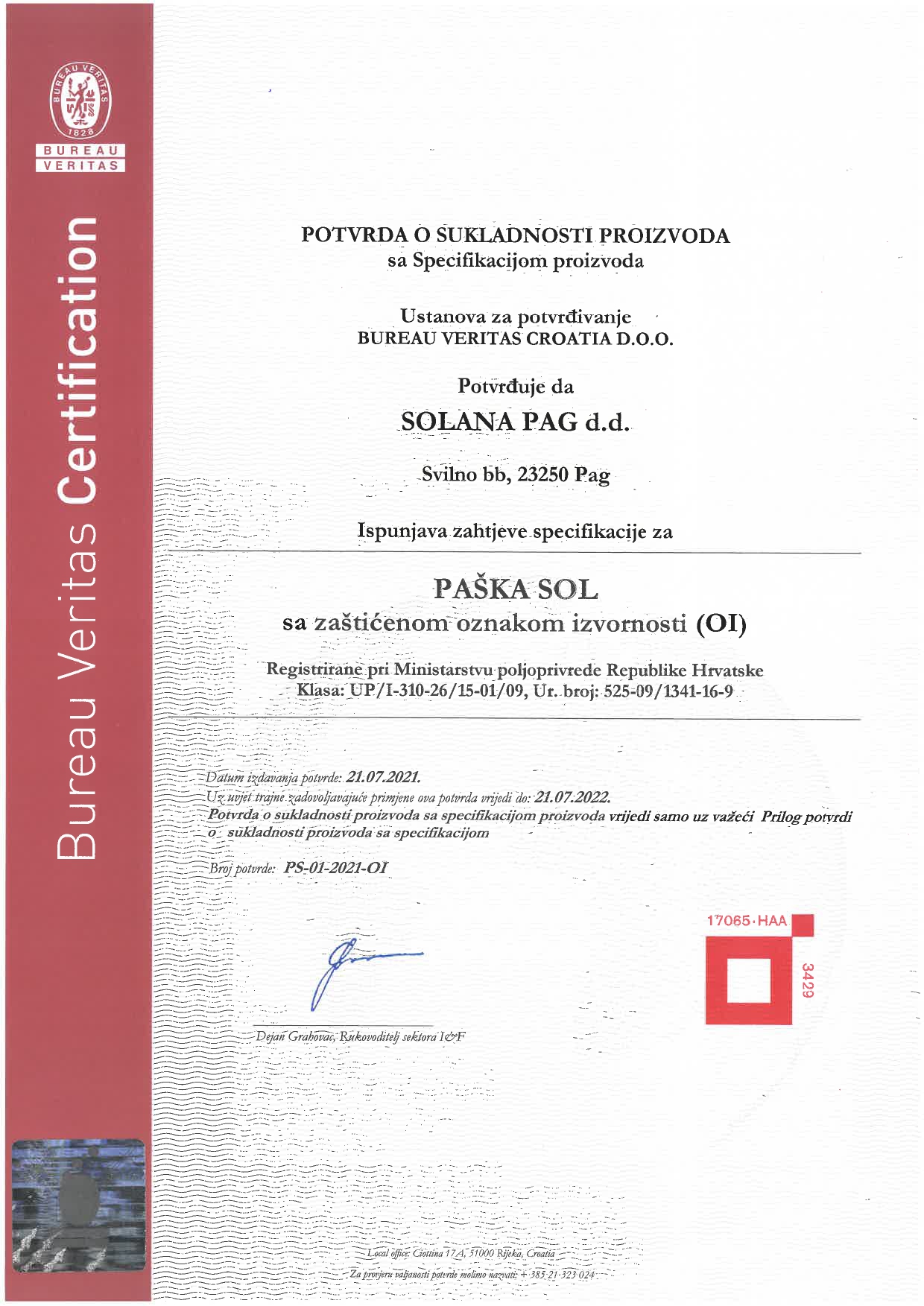 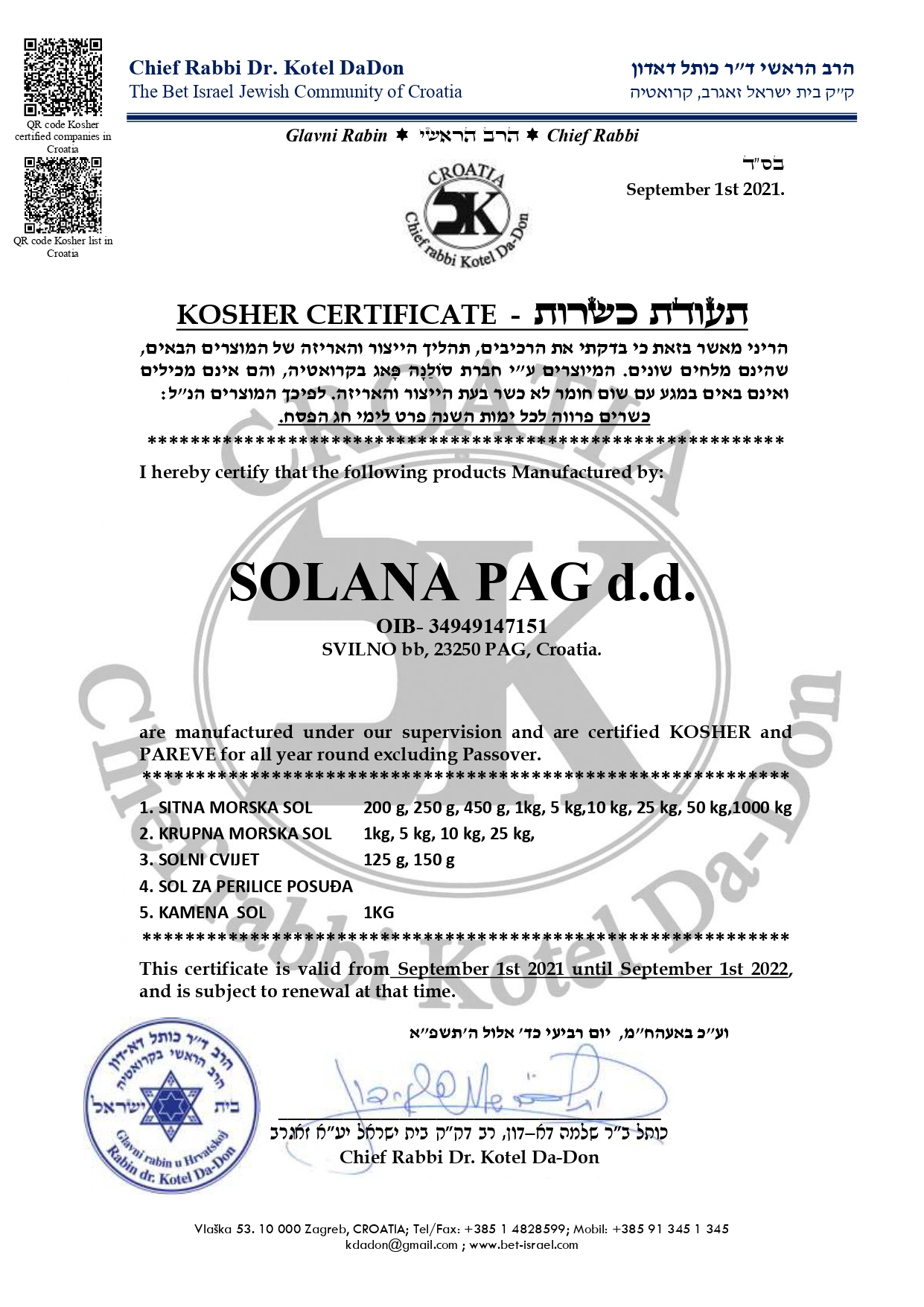 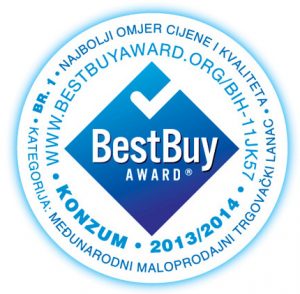 Solana Pag is a proud winner of the Best Buy Award

“From the sea or elsewhere. THE SEA IS THE BEST!” with the highlighted Best Buy Award medal.

Page Solana Pag d.d. uses cookies to ensure a better user experience and functionality. By using our site you agree to the use of cookies.
more info